Free Priority Shipping On US Orders!

Starting in 1973, millions of 14 bolt rear axles were produced for use in Chevrolet and GMC trucks and vans, as well as quite a few commercial vehicles. The 14 bolt is revered for its toughness and reliability, and the 14 bolt is particular popular with off-road enthusiasts.

Many people refer to the 14 bolt as the “corporate” axle, and the question is, why? In this article, we’ll explain, and also share some 14 bolt axle history.

Here’s Why The 14 Bolt Is The “Corporate” Axle

To understand why the 14 bolt is called the “corporate” axle, it’s important to understand some things about General Motors:

GM first built the corporate 14 bolt in Saginaw, Michigan, and eventually spun off the operations in Saginaw to investors who called the new company American Axle & Manufacturing (AAM). Founded in 1994, AAM continues to produce the 14 bolt for GM to this day.

The Different Types of 14 Bolt Axles Throughout the Years 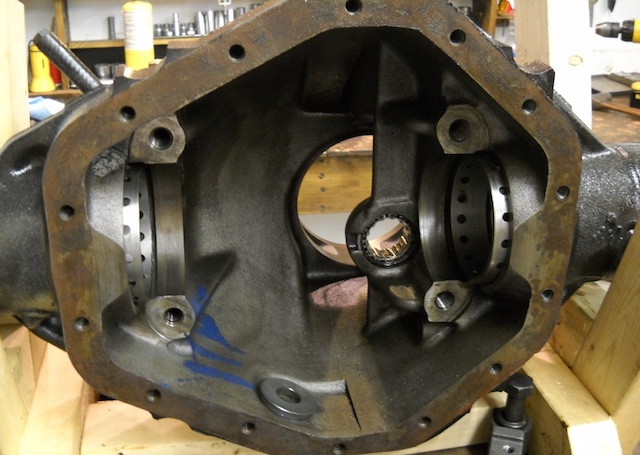 The expression “if it ain’t broke, don’t fix it” largely applies to the 14 bolt axle. While variations have been produced and small changes have been made throughout the years, the basic components and overall design of the 14 bolt axle has been fairly consistent.

In 1973, GM introduced the 14 bolt axle to the world. At that time, it was a “full-float” axle only, with stud-mounted brake drums. The axle was designed for use in heavy duty trucks.

In 1985, the pinion bearing was upgraded to a slightly larger version. This is notable if you have a 14 bolt from this era that you’re trying to upgrade.

In 1986, GM started making both a new “semi-float” style alongside the “full-float” style. This semi float axle had a smaller ring gear (9.5″), as it was designed for lighter vehicles than the larger full float 10.5″ 14 bolt. The semi float came in both an 8 lug and 6 lug configuration, and was mostly available on 3/4 ton trucks and vans from Chevy and GMC. They stopped producing this axle in 1993.

If you’re not sure whether you’ve got a full-float or semi-float axle, this 14 Bolt Axle Identification Chart may help.

In 1988, GM began to offer full-float axles with slide-on brake drums. This style was a little easier to service, as the drum was easier to remove. However, to make things interesting, GM offered both the ‘stud mounted’ drums and the slide-on drums on 14 bolt axles produced in 1988 and later. So, even if you have a relatively new axle, it’s important to check the drum mount type before buying something like one of our brake conversion kits.

Pro Tip: Upgrade the Drum Brakes on Your Old 14 Bolt Axle To Discs

PLEASE NOTE: When it comes to disc brake conversion kits offered by Lugnut4x4, all our kits are intended as bolt-in replacements. This is because our kit is designed to work with the standard OEM brake system (including master cylinder and proportioning valve). As long as you’re installing one of our disc brake conversion kits on an original vehicle application (meaning it’s not an axle swap), the existing brake system will work just fine.

There are lots of great reasons to upgrade the drum brakes on your old 14 bolt axle: 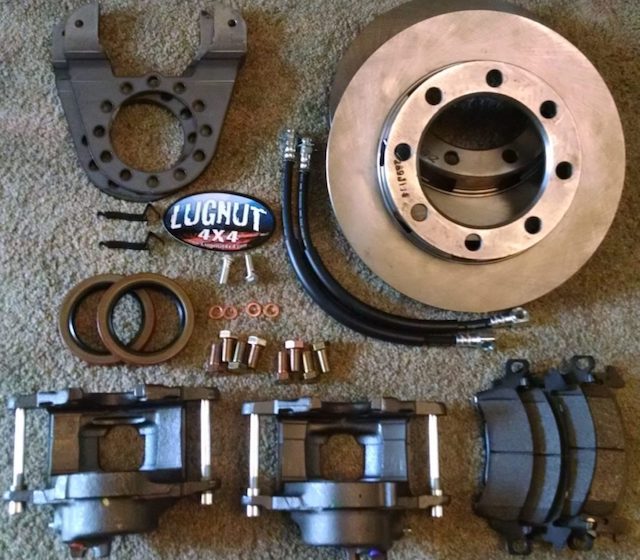 To upgrade your drums to discs, you just need to know the specific type of 14 bolt axle you have (full-float or semi-float), and then determine if you have a slide-on or stud-mounted brake drum. Once you know that, you can find all our 14 bolt disc brake conversion kits here.

All our disc brake conversion kits are designed to work with the OEM brake system that came with your vehicle, and the kits include everything you need to complete the swap (well, everything except elbow grease and brake fluid).

Posted in Axles and tagged axle